Whether it is creative or construction, the daily pace of growth in Mirdif City in Dubai outstrips what most Europeans would consider a very busy day. With this rate of growth and relaxed planning laws comes a ‘secure investment, put it up fast, market and move on’ approach to business. Companies which pontificate are likely to be short lived. So service providers to the fast track mindset, such as branding agencies, need to get the brand proposition quickly, create it and move on to the next project at speed too. Creative resources in Dubai have proved this is possible – you just need to be sharper with ideas at the first time of asking.

That said, one project proved to be a very different case for TMH. The branding agency won the pitch to develop the brand for a ‘first in the world’ concept aqua park for children. The difference is that children don’t need their swimming costumes. The brainchild of Majid Al Futtaim Leisure, Aquaplay is a park full of water-based rides and attractions rather than slides and pools. Described by Karen Iley of Time Out Dubai as being like “Willy Wonka’s Chocolate Factory – only with water flowing all over the place instead of chocolate”. 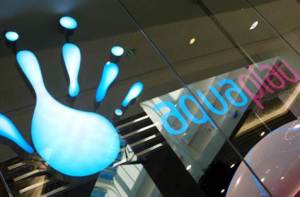 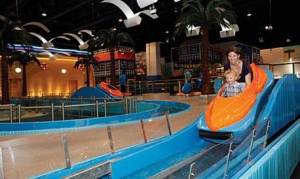 As requested, TMH developed the brand positioning, livery and visual iden. Regardless, Paul followed his instinct and finally found the answer one evening walking along the beach in downtown Dubai. He created a range of oceanic based characters, each representing a different ride. These friendly creatures had a soft illustrative style and playful personalities too. He revealed the characters to TMH, along with a big idea he’d had which he felt was strong enough to get Aquaplay’s interest again.tity guidelines which the client loved. And that should have been it. But something troubled creative Paul Green. The rides, whilst united by the brand Aquaplay, did not connect together in any other way. He worried that customers might not fully get the ‘completeness’ of the proposition either. However, being a pragmatist as well as a creative, Paul realised that a simple ride naming exercise would probably not be welcomed by Aquaplay who now needed to invest energies in the marketing of the park. They had moved on.

Out of courtesy, Aquaplay agreed to meet. When presented with the characters, they thought it a nice idea but were keen to return to their destination marketing tasks.

That was until Paul explained the bigger purpose of the cute characters: their commercial angle. Paul described a well worked through merchandising opportunity for the characters he had created; 8 soft toys, 8 pen and pencil sets, 8 jigsaws, 8 t-shirts, 8 cups, 8 downloadable games etc. It was then that they absolutely bought it. It has enabled AquaPlay to add a brand new income stream by creating a gift shop into its business model. Now live, the merchandise is extremely popular as children look to take memories home of their favourite experience from the day.

Paul’s instinct was right. By stopping and considering the wider opportunities, Paul had found a brilliant way to enhance the agency’s reputation, generate extra revenue for the park and, importantly, strengthen the Aquaplay proposition. Paul’s unordinary approach has created an exceptional asset, which would never have prevailed had he allowed convention to rule and ‘moved on’. Paul Green can be found at http://www.thisispaulgreen.com/

Lexden is a marketing strategy agency which creates unordinary propositions to motivate customers and deliver commercial advantage for brands.

For more information on how we can help you, contact christopherbrooks@lexdengroup.com or ajairanawat@lexdengroup.com, or call us on T: +44 (0)20 7490 9123. And you can follow us on Twitter @consultingchris.

Search our other posts

How to find us